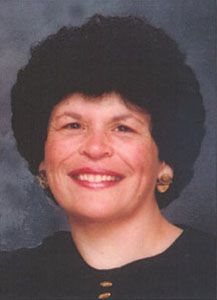 The first part of my professional life was spent working in public administration, following graduate studies in sociology/criminology.

I first began painting in 1980, having been fascinated by portraiture.  I would look at portraits and say to myself ‘I can do that’. I sought out a teacher and was fortunate to come under the tutelage of master portraitist Bob Gerbracht.  Bob’s instruction was in pastel, a medium that I immediately embraced for its vibrancy and spontaneity.

Continuing to work in a representational style, I found that colour, for its own sake, had the ability to influence the power and impact of a painting. In 1995 I was working on a painting of giraffes, whose astonishing shapes and contours seemed to lend themselves to an outrageous approach.  I chose to introduce colour totally outside the normal range, and the result was one of unexpected whimsy.  This painting gave birth to the Party Animal Series with which my art is most often associated.

While I continue to paint “traditional” themes (i.e., portraits, still life, landscapes), the Party Animals remain a compelling force.  They are intended to transcend the genre of “wildlife art” and appeal to anyone looking outside the box.

I don’t believe that it’s necessary to ascribe an “inner meaning” to a painting…part of the pleasure in creating is allowing the viewers to find a connection for themselves.  In truth, I’m often at a loss to explain why a particular image grabs me and urges that it be translated into a painting.  Often it’s the simple play of light…sometimes it’s the drama or storytelling aspect of a composition.  In any case, what moves me to paint is invariably something that has a positive element…whimsy, dignity, decency.  I have no interest in promoting or contributing angst or sorrow through my work…there’s enough in the world without adding to it.  I choose to paint that which gives me joy and hope that it creates the same for others.